I should probably disclose my relationship with Massive Attack. I discovered them as a companion to the mass amounts of Portishead I was listening to my freshman year of college. And a year later, they were the sole soundtrack to my life while I was engaging in “less than desirable” behavior. Once I shed my extreme debauchery skin, I found that Massive Attack may just be too dangerous to listen to. So, I shelved them for about 3 years, fearing relapse. Since then, I’ve found that I can dip my toes back into the troubled waters that are Massive Attack.

All that time, I was awaiting another album from the Britons ( at one time reduced to a single Briton). In 2006, I was teased with the single “False Flags,” thinking an album announcement was just around the corner. Instead, I got utter silence, and the trip-hop voices in my head began to demand satisfaction. Fast forward to 2009, and I’m teased yet again with the release of another proper LP. While the group now says “spring 2010,” they did deliver upon us the Splitting the Atom EP, which has raised more questions than answered.

The EP only puts forth two new songs, alongside two remixes. It’s safe to say, that Massive Attack are still able to produce that “sexy, slow crawl” trip-hop sound. “Pray For Rain” is a curious number featuring the vocals of TV On The Radio’s Tunde Adebimpe. The song is built around a strong, off-time drum beat, and features and excellent breakdown in the middle. It’s a definite slow burn, building up tension over it’s 6 minutes, before fading out at the end. It’s nothing really revolutionary for the genre. Actually, it sounds like it came off the stellar 1995 album Maxinquaye, by former Massive Attack collaborator, Tricky. Which, may not be new, is still a sound I’d love to welcome back into my life.

The title track, “Splitting The Atom,” is probably a better preview of what Massive Attack’s fifth LP will sound like. It’s shows us a Massive Attack that still builds a good atmosphere, but fails to really offer up any stand out moments. It’s a song that seems like it’s building up to a great pay off, only to simply end.

I’m still not willing to say that I’m disappointed with Splitting The Atom. However, it doesn’t exactly put my mind at ease. With the return of original member Mushroom, I still have hopes that a memorable Massive Attack LP is on the way. I’m just worried that they’re only shooting for middle rung material these days. But if 2010 passes us by, sans Massive Attack release, I’m probably just going to have to quiet those trip-hop ghosts and accept that Massive Attack just couldn’t survive in the new millennia.

And that means that we kick off SiA first ever Summer Mix series!

This week is dedicated to dance remixes, in order to start your summer off on the right foot.

Have a great week guys! Feedback is certainly welcome! Also, it requires iTunes….but who doesn’t have that anyway.

“F**k It” by Revolucian
“Snoop Dogg Vs. The Cure” by Hollertronix (bootleg)
“Love Stoned (Kaskade Remix)” by Justin Timberlake
“Four To The Floor (Thin White Duke Mix)” by Starsailor
“Fire Fire Fire (DFA Loving Hands Mix)” by Dappled Cities
“Dare (Soulwax Mix)” by Gorillaz
“Let It Will Be (Paper Faces Mix)” by Madonna
“I Can’t Get Blue Monday Out Of My Head (feat Ulterior Motive)” by Kylie Minogue
“Ghettochip Malfunction (Hell Yes)” by Beck
“Slipping Away (Axwell Vocal Mix)” by Moby
“With Every Heartbeat (Voodoo and Serano Remix)” by Robyn
“Paper Planes (DFA Remix)” by M.I.A

‘Tis the season for booze, bikinis and bashes!

No, it’s not the Democratic National Convention. It’s Summer!

We here at SiA want to help you make the best out of your summer.

So, we’re offering you two things:

2.) Every week we’ll be providing you with a 1 hour mix, built with summer in mind!

The mixes will be varied from dance, rock and “feel good hits of the summer,” plus mixes from guests like Rad Shades.

Next week, we’ll kick things off with an all remix playlist.

Check back next Friday for the inaugural mix!

Photo by Chris Piercy, summer of 2006

I know, I know…it’s time for “summery” and “happy” music.  This mix isn’t trying to shut the propane off at your drunken barbecue or anything, but even during these blissful months of hot dogs, water gun fights, and sweaty one night stands, you still need the occasional come-down.

Silent Mixtape #1: “Where Are You, Wounded Girls?” 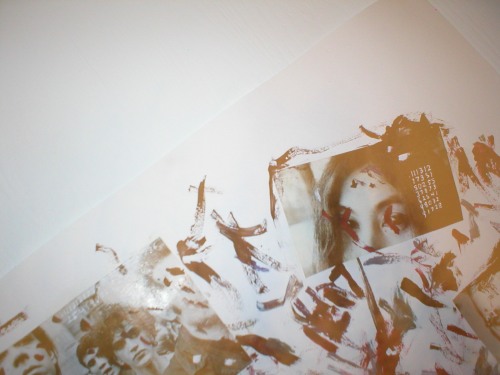 Periodically we will be offering you mixtapes* hand-picked by our staff for your listening pleasure.  This first one was selected by me, and you will indeed be pleasured.

Remember, these songs are for previewing purposes, and if you like what you hear…track down the albums and buy them!  Don’t be an ass.

*Called a “mixtape” because we assume that you will dub these from your Mac onto a C60 and go cruising around in an ’82 Datsun.

Last night I was tipped off on a mysterious new project which, despite my best efforts, I’ve been unable to stop jamming. The anonymous party (parties?) responsible for Neon Indian are keeping a tight lip on his/their identity, a charming element of mystique which serves to enhance their already glimmering otherworldliness.

We may not know who is responsible for Neon Indian’s endlessly approachable groovescapes, but one thing is clear: this is some of the freshest, most invigorating new music I’ve come across in a good while. It’s lush, its infectious; it’s sexy, fun and meticulously crafted.

Throughout it all, Neon Indian manages to maintain a constant sheen of nostalgic bliss, of the youthful indiscretions of yesteryear combined with the malleable, imagined possibilities of the future.  Lyrically, “Should Have Taken Acid with You” is equal parts missed opportunity and optimistic romanticism:  “Should’ve taken acid with you / take our clothes off in the swimming pool /  Should’ve taken acid with you / tell my parents that I’m staying with you.”

For the purposes of trite classification, I’m thinking Orange Juice (the band) on a night drive through the city. Or the unassuming  electro-charm of Future Bible Heroes meets New Order for an after-school heavy petting session under the bleachers. The beauty of Neon Indian, though, is not so much that it resists classification, but rather that it somehow manages to be everywhere at once. Feast on a couple gems of auditory ambrosia below:

“Should Have Taken Acid with You“

Tagged Neon Indian, Should Have Taken Acid with You

Every week, a Wolf Parade side project releases a new album*.  Sometimes they are really good.  I’m still digesting this one, but it has synths.  And I like synths.

[Face Control is out now on Sub Pop.]

Posted in I Want My MTV, MP3

Silence in Architecture
Blog at WordPress.com.