Posted on February 12, 2009 by silenceinarchitecture | 3 comments

Attn: All those who inhale music through nostrils like hellsmoke.
A live event for live people!

Show starts around 9 p.m. and it’s $3 to get in.  What better thing do you have to do?  Eat cereal while you twiddle your diddle and play your Sega Super Nintendo 360?

Want a taste of what’s in store if you find yourself human enough to attend?  This is a partial transcript of what Joe (Faith) told me:

“We’ve got some special material, lots of new songs, and a sweet cover that we’ll be premiering…Imagine if you were a dinosaur and all your life you had just been eating leaves and then all the sudden this other dino comes up and fucking eats you…that’s it, life over, maybe you don’t die tho, maybe he just sort of bites off a shank. Well then, no one wants to date a dinosaur that has no shank, at least, not the right shank, so then you are simply a skanky dinosaur missing a side of yourself and once part of you is missing it is very hard to replace it, so then you find god and what does he say?  He says, “All skanks aloud, no bars hold” and so you go to heaven and you’re up there all doin’ your fucking thing looking down at the world and you see this dinosaur that took your fucking side and you say “man” and god says “what’s wrong” and you don’t say anything, you just sort of look down all sad and god says “is that the mutha that took your shank”…still you say nothing, just look, because you’re trying to play like you’re trying to play it cool, but really you know that god has all these thoughts runnin’ round his head now, because god likes you, ya know, he’s always done shit for you, so you just look down all sad, just playin’ your game like fuckin’ a-rod and then god says “well let me teach him a little lesson” and before you can say anything god sends a meteor down to earth and just fuckin’ kills every fuckin’ thing that even THOUGHT about dying and you just feel so fuckin’ good then, i mean, just….SO.FUCKIN.GOOD.”

All These Teepees and The Faith

If you didn’t go to the Teepees/Faith(Joe Rushmore) show this past Saturday you missed:

Plus, Iggy Pop was there. 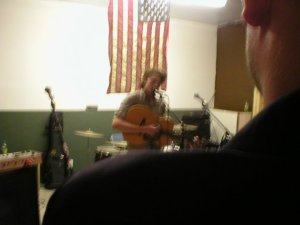 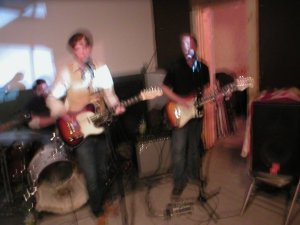 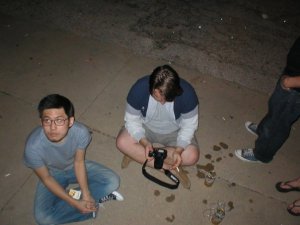 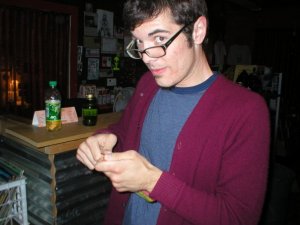