Shit Vids: Michael Bolton “Said I Loved You But I Lied”

Posted on October 20, 2009 by silenceinarchitecture | 2 comments

It seems that if enough time passes, just about any music can become ironically appreciated: Journey, Phil Collins, Christopher Cross, Mozart.  Yet, for some reason, Michael Bolton remains in the pop culture dog house.  For what?  His permamullet?  For soundtracking your wife’s third affair?  I call bullshit.  Sooner or later the hipsters will put down that ironic can of PBR and realize that The Bolt was The Man.  Did anyone ever call him “The Bolt”?  They should.  And the San Diego Chargers better make him their official mascot, pronto.  Maybe the power of that tenor will make up for L.T.’s lackluster play as of late.

When I ask myself what I expect from a decent music video, the first thing that pops into my mind is a group of horses running through superimposed fire.  You can’t go wrong with that and that is something that we get within the first 15 seconds of this video.  What could make this opening scene even better?  Cut to The Bolt holding the secrets of sex in his hands.  Then we get brief glimpses of some hot ass touching herself…IN BLACK AND WHITE!  After about a minute and a half, you may ask yourself: “Why is this video vaguely Native American?”  Probably because Native American culture is SEXXXY!  We also discover that The Bolt is waaaayyyy too sexy (Native American?) to be afraid of heights.

This video is a masterpiece of the editing room: Eagle! Fire! Sex! Chest hair! Mullet! Rocks! Horses! Perfect teeth! More mullet! Aerial shot of mullet!  Really the only part of this video that seems ridiculous is that someone would be standing on top of a mountain, in the desert, without any sunglasses.  That’s just eye damage waiting to happen.

Did I mention that this video was uploaded to YouTube by someone named “69solitarias”?  Obviously, they totally get Michael Bolton.

Posted in cheese, I Want My MTV

“So Young” was the first song on Suede’s classic self-titled debut, and the following is taken from the concert video “Love & Poison”.  Suede and the follow-up, Dog Man Star, are two of my favorite albums.  Whenever I watch their live performances I’m reminded of the dearth of legitimate rock stars left on this planet.  They certainly had charisma out the arse.

Posted in I Want My MTV, Live Music 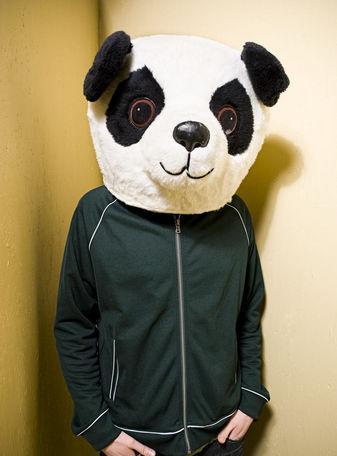 On Valentine’s Day someone posted a track called “Love” on the ol’ internets.  It was initially assumed to be a heart-shaped gift from Daft Punk’s Thomas Bangalter.  Turns out, it’s actually a track by Louis La Roche.  Either way, I’m hoping it makes it into a DJ Tanner set soon.  Hint Hint: Will Krause.